Between the ages of 12 and 15, I dedicated quite a bit of time to growing accounts on various social media platforms. Instagram, Vine, IFunny. Anything that was blowing up back then, I was at the forefront of it. Between the years 2012 and 2014, I had managed to accumulate an aggregate of 400,000 followers/subscribers across several social media platforms. I was always keen to turn a profit whenever the opportunity arose but said opportunities were far and few between to be of any significance. Sell an account, maybe a shout-out here and there. But quite frankly, I was content with simply seeing my audience grow.

It was at the age of 15 that I was introduced to CPA marketing. Back when Kik was still a thing, I had a guy reach out to me asking if I was interested in working together. It seemed like relatively easy money so I took him up on his offer and posted several of his ads on a few of my accounts for the agreed upon timeframe. The ticker runs out, I delete the posts and proceed to check in with the client letting him know my side of the deal was completed. Well, the ROI must’ve been off the charts for him because he was practically begging for me to keep them on for longer, going so far as tripling his initial rate.

I decided to do some digging and find out what it was that I was promoting. I knew that in all likelihood, the guy who contacted me was just a middleman. So I asked him. He refused to reveal the service provider but did confirm my suspicions that it was affiliate based and not his own. So I went on to ask all of my contacts whether they knew of any website paying to promote similar looking offers. After a painstaking goose-chase, I finally found a guy who had recently posted an ad akin to what I was asked to advertise. He gave me the contact info of his client and I finally had my name: The Blu Market.

Upon registering for the now-defunct CPA agency, it was off to the races. I set myself up with a few landers, exchanged a shout out for a crafty ad (was always bad at graphic design, still am) and went to town promoting it. Majority of my audience were based in gaming related niches and so my offers reflected that. Guides, hacks, accounts. I tried them all on separate segments of my audience to see what performs best. In a way, I was A/B testing before I even knew what A/B testing was.

First month in, I made around 4 grand. 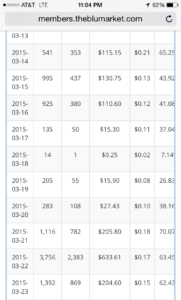 Wasn’t even working everyday to ensure my audience wouldn’t get fed up with my relentless advertising. On the days that I did work, however, I made anywhere between $100 to $800 with my organic approach. Many times the leads from the previous day would trickle into the next, making it almost passive in nature. Whoever bookmarked the link or saved the ad for the next day would bring in some additional revenue at no extra cost. In the span of just 6 months, I managed to make around 30 thousand dollars.

Then the unexpected happened. I suddenly lost all of my accounts in a massive ban wave centered around my IP. Lost complete access to my audience and subsequently, all the clout that came with it. It was devastating to say the least. Years of progress gone in an instant. But the story didn’t end there. I was a 15 year old who had been making upwards of several hundred dollars per day. You can bet your ass that I had developed some expensive tastes in that span of time. I had to find a way to keep this charade going. And thus began my descent into the world of black hat marketing.

Prior to that, I had always been a good boy when it came to arbitrating exposure and growth for my pages. I only ever used enterprise-endorsed methods for growing my audience and relied solely upon the algorithms to deliver me my publicity. I thought it was stupid trying to game the algorithm. “Just let it run its natural course”, I used to say. And rightly so. After all, I had a lot to lose then. But having had it all taken away from me in the blink of an eye, I found myself turning my back on those notions and watched as my white hat slowly transitioned into a grey one.

I say grey because I still stood by the principles of how I amassed my initial following. Through engaging content, extensive knowledge of my niche and an intimate understanding of my audience. Twas the methods through which I captivated said audience that changed entirely. I was no longer purely relying on the algorithms to bolster my growth. In fact, I was now actively fighting the algorithms to keep my growth alive and my leads rolling in. I utilized a broad array of methods to do so, ranging from social media automation to the outsourcing of manual commenting. Whatever I thought would garner exposure, I would test, evaluate, and refine.

Eventually, I found my stride and the subsequent peak in revenue I had with my newfound methodology significantly surpassed my previous white-hat tactics. Just two months after I lost all of my organic audience, I managed to make $1,193 in revenue within a 24 hour time slot. 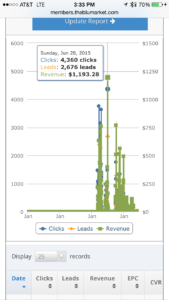 My All Time Chart

I had unlocked the potential of Instagram automation and the money began pouring in. My new schemes had some overhead costs associated with them (typically amounted to somewhere between 15-20% of my income) but even with those expenses, I exceeded what I initially thought would be impossible to top without my massive organic reach.

In a way, losing my viewership had inadvertently helped me become a far more effective marketer. Before, the only thing I cared about was getting as many eyeballs on my advert as possible. I’d post it on my relevant account, proceed to exchange shout-outs/repubs with other accounts in the same niche, they’d post my ad and I’d simply sit back and watch. Having lost that privilege, I’ve had to learn to treasure every view I got, treating every impression with the utmost care. Slowly, my mentality shifted from “how can I get the most traffic” to “how can I get the most OUT OF this traffic”. I was receiving a fifth of the viewership I used to get yet my conversion rate increased tenfold.

I even paid a guy to sit there for hours at a time, relentlessly refreshing the post’s comment section. My rationale? We were getting 7 views on the ad per second. If a negative comment were to be posted and it took us 3 minutes to notice and address it, we just lost 1,260 potential leads. Perhaps I was being a bit excessive but the CVR numbers certainly tell another story.

Don’t get me wrong, it was always an uphill battle fighting against a multi-billion dollar corporation’s ever-improving AI. Methods and strategies eventually ceased to work hence why you see the long horizontal gaps within my 4 year chart. As the social media algorithms evolved, I had no choice but to evolve my processes alongside them. I had a few more big breaks within my CPA endeavor until eventually transitioning away from it entirely, having made a total of $65,000 within roughly 20 months. The agency I was working with went bankrupt shortly after (although I believe they recently rebranded) so it was good timing as the saturation kicked-in hard by that point.

Despite all that, I opted to keep the grey hat skills within my repertoire up-to-date while going through uni. Promoting music related pages and artists was far less stressful and time-consuming. From then on, I expanded my black hat social media operations to encompass more niches and projects

Now that I have some more time on my hands, I’ll be starting several new projects from the ground up and documenting my journey along the way for y’all to see. It’ll serve as a case study for you guys and a portfolio for myself (given that I have all these skills and expertise yet no proof to back it up to future employers lol). I’ll try to keep it as transparent as possible but do keep in mind that I’ll be using some frowned-upon strategies to bolster my growth so site and account names will be kept confidential.

The two key tenets of my series of case studies will be:

Check out my on-going project in the finance niche to see how it’s all done.

If you’re wondering what black hat social media tactics can do for your brand, check out my services. 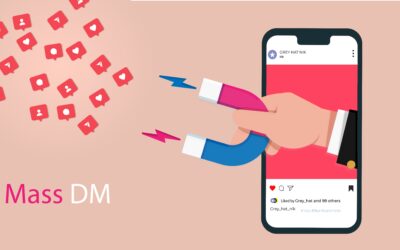 Introduction Hey and welcome to the first available Mass DM tutorial showcasing how to execute a Mass DM operation on Instagram from start to finish using a first-of-its-kind bot - InstaInfantry. I’m Grey Hat Nik, the guy behind InstaInfantry and Grey Hat Marketing....